Bart van Leeuwen joined a virtual chat with SmartFireFighting.com, hosted by Kevin Sofen. Together with Chief Dan Munsey and Andreas Huber he discussed the use of data in the fire service.

Data swirls around fire operations—resource deployment, turnout times, response times, minimum staffing levels, funding, and exposures. Data also comes up when we’re asked to “prove” what we already know about our operational capability! But how do we capture this data, and how do we use it to make meaningful decisions?

At Netage B.V we have been enthusiastic users of Stardog since version 4. We have created various standard RDF Graph solutions on top of the Stardog Knowledge Graph product which helps us gain a lot of experience with this product.
We have also used most of the more advanced technologies available in Stardog and will share some of our experience through our blog.

The first blog is by Nicky van Oorschot and talks about the machine learning component to find similarities in the graph. If you are interested in learning more or deploying these technologies in your organization let us know!

Netage B.V. created a reboot of NeoLogism and simple RDF vocabulary authoring and publishing tool for the web of data.
Some people who have been around for a while in the SemWeb/RDF space might know Neologism, a simple web based RDFS vocabulary management tool created by Deri institute in Galway Ireland.

Neologism is a simple RDF/RDFS vocabulary authoring and publishing tool, nothing like Topbraid, Protégé , vocbench or Poolparty.
It aims at being simple but expressive enough to do subclasses and subproperties and various forms of relations (domain/range, disjoint etc.)
The nice part is that once you host it on a specific domain, all the vocabularies you create are directly dereferencable and usable by e.g. LOV

Since it was left largely unmaintained for years it now suffers from both incompatibilities with current PHP versions, but also dependencies on stone aged Drupal version (5) with all the security problems that come with it. Upgrading it to newer versions is cumbersome since some of the dependencies lack similar support.

We set out to create a reboot of the tool, NeoNeoLogism

At Netage B.V. we have been using the tool for a long time to host some of our vocabularies but now run into serious functionality issues due to the outdated support.
Since we are developing most of our own tools we set out to create a reboot of the tool, NeoNeoLogism, since we are a Java shop we created it in Java this time around.
We already used a largely extended version for some of our projects, which includes the ability to create data shapes, and now feel it is time to put it out in the open.
The aim for a V1 would be to mimic the behavior of the original project so that we can replace some of our now failing instances of the original product.

Opensource tool and of course FREE to use

NeoNeologism will be an opensource tool and of course FREE to use.

END_OF_DOCUMENT_TOKEN_TO_BE_REPLACED

Although a lot of activities are halted due to the Corona/COVID-19 crisis, Netage B.V. is still very active with innovations, currently focusing on Conversational AI. Wouldn’t it be great to be able to directly get answers on simple questions from a Knowledge Graph without constructing complicated queries?

END_OF_DOCUMENT_TOKEN_TO_BE_REPLACED

With FireGraph the knowledge graph for the fireservice, Netage B.V. created a COVID-19 dashboard for Amsterdam-Amstelland Fire Service. This dashboard provides easy to use insights on data around COVID-19 related incidents.

By using this dashboard it is possible to find relevant information around COVID-19 related incidents. Where were these incidents, how often and when. By combining line charts of the current situation compared to the normal situation it is also possible to spot trends in the emerging situation.

END_OF_DOCUMENT_TOKEN_TO_BE_REPLACED

Last Friday Netage B.V. had an inspiring meeting with Excelerate at their headquarters in Cardiff, UK. Excelerate gave us a demo of their products and the Zero Gap Connectivitie car. This car is able to make internet connections when other networks are lost or missing, now emergency services can continue to communicate in the event of disasters.

Excellerate takes care that emergency services can exchange data during disasters and Netage B.V. takes care that the correct data can ends up with these services, here we see a potential future collaboration.

The Amsterdam Fire Department has a long tradition of maintaining its own tactics and procedures over the national standards all based on our experience, pride and rich history, going back to the 1600’s. Change was not something easily achieved within the department, early 2000s we were ran with 13 year old fire trucks and woolen PPE! Fast forward to 2018, the department has transformed every aspect of the fire fighting operations, our tactics, our PPE, our fire trucks, our equipment and our training. This presentation will give you an overview of the motivations for change and the lessons learned, what works and what doesn’t, who to involve if you want to have a radical change to make your operations modern and safe but still aggressive!

Netage B.V. has deployed FireGraph at the Amsterdam-Amstelland Fire Department. With FireGraph it is now possible to connect different internal datasets and combine them with various Dutch base registries at the same time. By using knowledge graph technology we provide an information architecture to truly leverage the power of available data. FireGraph offers the end user the opportunity to explore the all these datasets without knowledge of underlying data structures, and technology, to find relations between data and construct overviews. 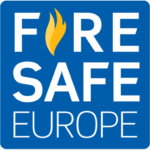 Fire Safe Europe (FSEU) was founded in 2011 with the goal of putting fire safety on the agenda of the European Union (EU), because although the EU has made many important strides to improve the sustainability and energy efficiency of buildings, those strides have sidestepped one of the oldest and most menacing threats of daily life: fire safety. Fire Safety Europe promotes the highest standards for fire safety in buildings in Europe for regulations, policies, test methods and best practices. Its role is to connect policy makers, firefighters, fire experts, NGO’s and industries in view of keeping people safe from fire in every building they spend time in.